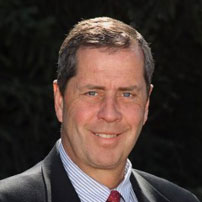 He graduated with honors from the J. Ruben Clark School of Law at Brigham Young University. He became general counsel for Weber State College and associate counsel for the University of Utah. He then practiced law in the Salt Lake area before joining Utah Youth Village full-time in December of 1985.

Eric has been an ardent advocate for Utah’s children by serving as past President of the Utah Youth Providers Network and as a member of various statewide committees including: the Governor’s Commission on Women & Families; the Governor’s Initiative on Families Today; the Utah Division of Family Services Out of Home Care Advisory Committee; the Utah State Bar Committee on Children; and the Coalition of Utah Families.

He served as the Chairperson for the Governor’s Initiative on Families and the 8th Annual National Conference on Child Abuse & Neglect. He is the past President of the Utah Coalition of Child Advocates. He served as chairman of two different committees for the National Teaching-Family Association.

In 2000 he received the Outstanding Service Award from the Boy Scouts of America.

He was named the Utah Ernst & Young Social Entrepreneur of the Year in 2012.

He received the Montrose Wolf Distinguished Contributions Award from the Teaching-Family Association in 2013.

In 2017, he was awarded the Lifetime Outstanding Nonprofit Leadership Award from the Utah Nonprofits Association.

He and his wife, Sylvia, have five children and 15 grandchildren. He is the son of Village Founder, Lila Bjorklund.